January 7th, 2021 – TheNewswire – London, Ontario – Goldseek Resources Inc. (CSE:GSK) (CNSX:GSK.CN) (“Goldseek” or the “Company”) is pleased to announce it has completed its planned drill program for 2020. After initial encouraging visual intersections, the Company decided to extend the program from 1,200M to 1,800M. During the year, the Bonanza Property was subject to an IP survey, a prospecting and trenching survey, and finally a diamond drill hole (“DDH”) survey. The Company is pleased to report its preliminary observations while awaiting assay results, which are expected in February 2020.

In December 2020, the Company completed 15 DDH on the Property’s IP and magnetic anomalies.  Two holes (BZ-20-001) and (BZ-20-004) were targeted to intersect mineralization that may be associated with the gold anomaly found at surface in trench TR8 (0.64g/t Au over 1m).

BZ-20-001 was expected to hit the surface extension close to surface and found two mineralized intersections that may well be associated with the trenches.  The first intersection is between 3.7 and 4.1 meters with a brecciated and silicified zone that shows up to 10% pyrrhotite while a second intersection is located between 6.75m and 7.1m is described as mafic metavolcanic rock with 5-10% PO PY in stringers and clusters   Another interesting zone was seen between 92.2 and 93.25 and is described as a mineralized volcanoclastic rock with carbonate alteration. Appendix 1 shows pictures of the third intersection.

BZ-20-004 was expected to hit the surface mineralization extension at approximately 30 to 50m in depth.  Mineralization of interest was found between 31.2m and 31.9m and between 43.25 and 50.15m. The first intersection is described as volcanogenic semi-massive sulfide containing over 35 % PO-PY with quartz blebs (see appendix 1) while the second intersection contains up to 15% of disseminated sulfides along with stringers.

Goldseek’s President & CEO Jon Deluce states, “We are excited to announce that our drill program was extended due to encouraging visual observations and the 1,800M program is now complete. We were encouraged to see more sulfide contents in the intersections below surface compared to the mineralization seen in the trenching program. Due to large backlogs, assay turnaround times in the industry are slower than normal, but we expect to report results in late February.”

The drilling also revealed other intersections with significant mineralization along the targeted anomalies:

Hole BZ-20-011 encountered mineralization up to 5% of disseminated sulfides along with stringers and sulfide lenses between 10.8m and 14.5m depth (shown in appendix 1).

A total of 586 samples were collected and sent to Agat laboratories for gold and metal assaying in Val d’Or. The Company expects to obtain final results in February 2021 and will report them in a subsequent news release.

This press release was prepared by Steven Lauzier, VP Exploration for Quebec, P.Geo,OGQ who is a qualified person as defined under National Instrument 43-101, and who reviewed and approved the geological information provided in this news release.

Goldseek Resources Inc. is a Canadian exploration company with a portfolio of assets in Ontario and Quebec, Canada. By identifying five projects in world-class mining locations, Goldseek is poised to deliver shareholder value through rigorous exploration and development on these properties. Our mission is to find the next major discovery in the mining camps of Urban Barry, Quevillon, Val D’Or, and Detour Gold Trend in Quebec and Hemlo in Ontario.

Figure 1. Location of Trenches and DDH, over FVD. Please note that two trenches are located further south and are not shown on this map for simplicity reasons. 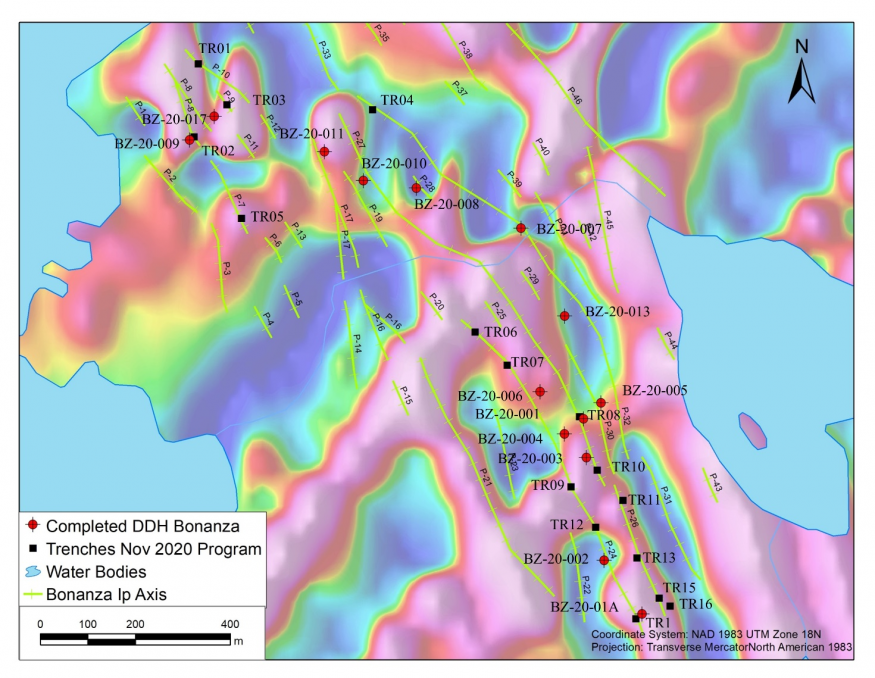 Appendix 1: Pictures of Selected Sections of the Completed Drill Program 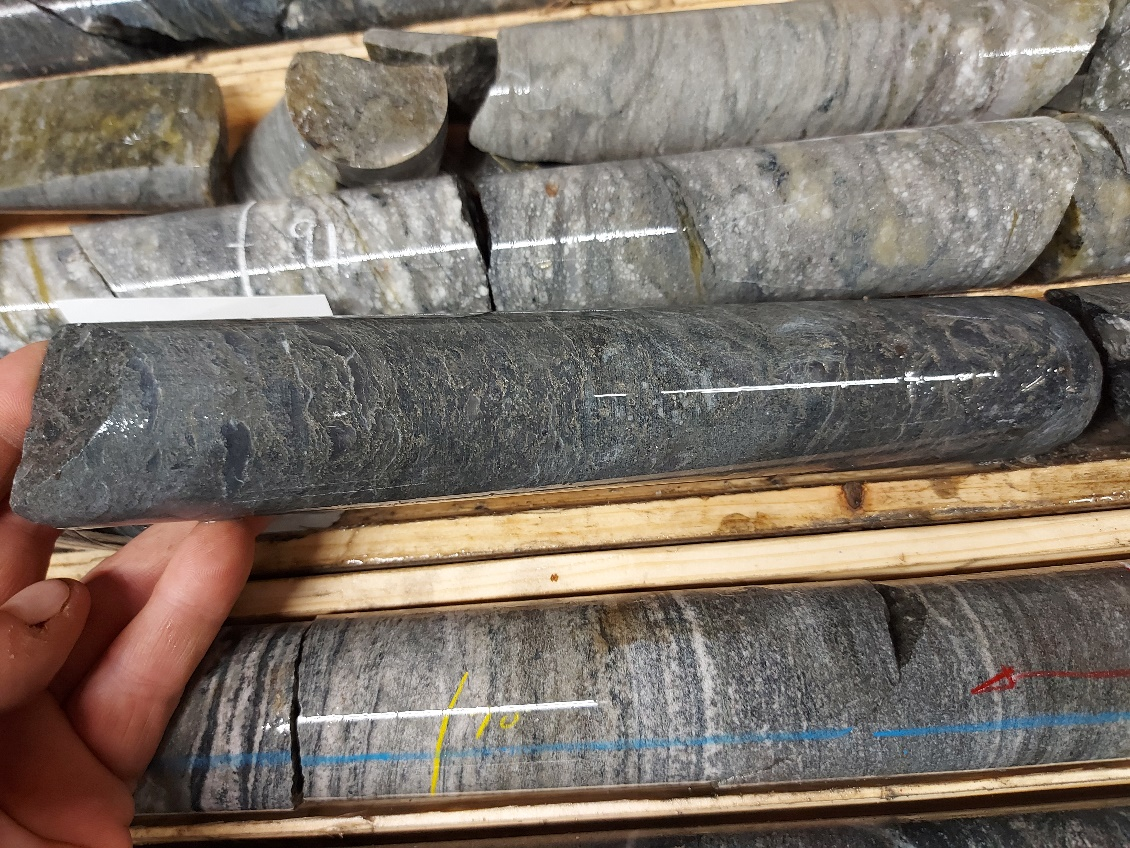 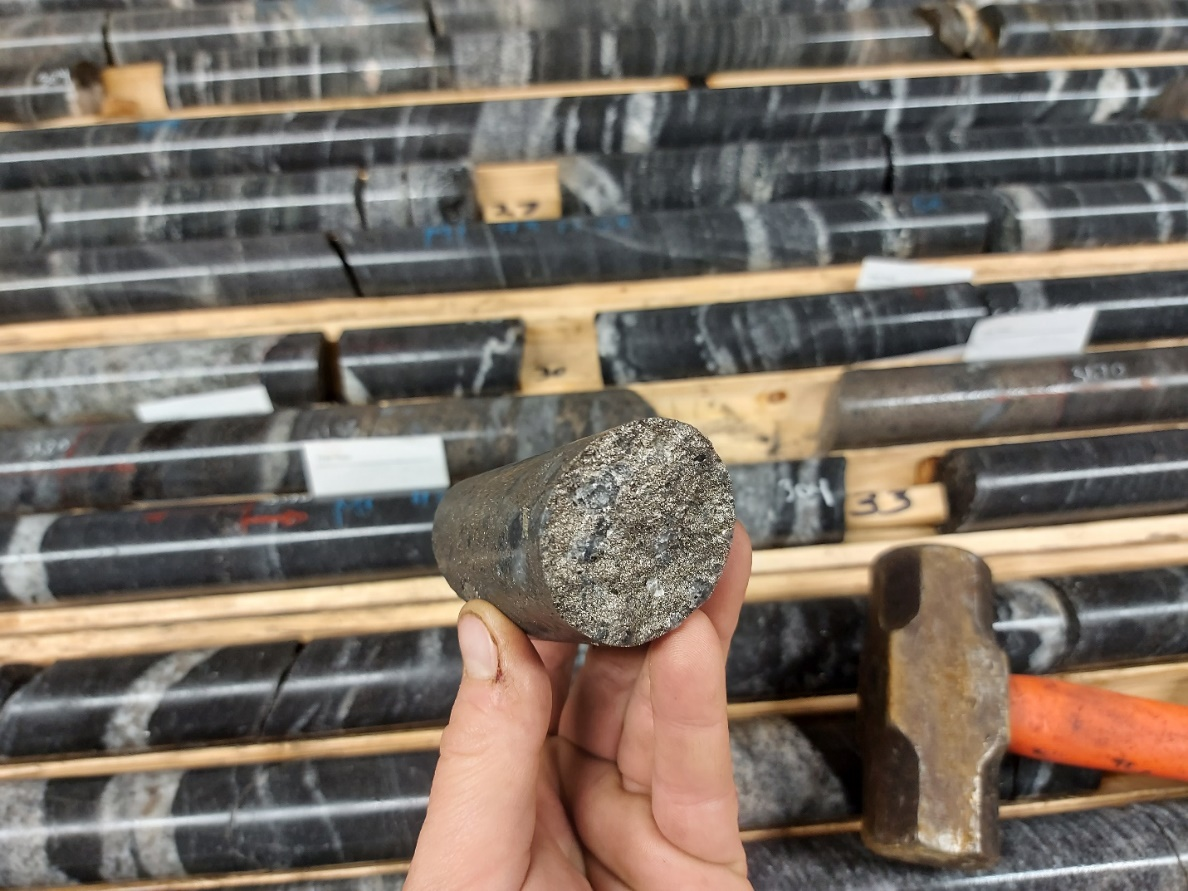 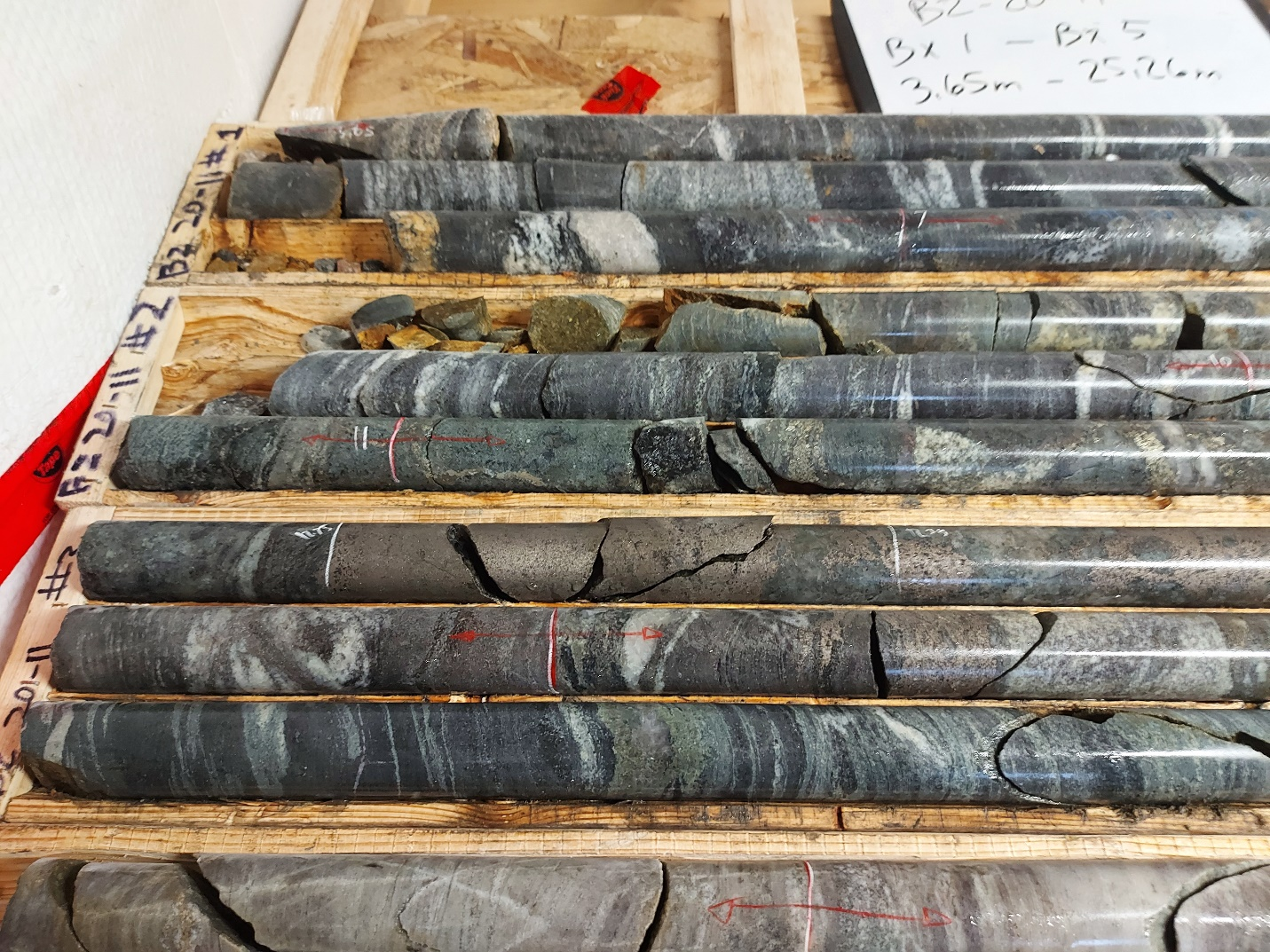